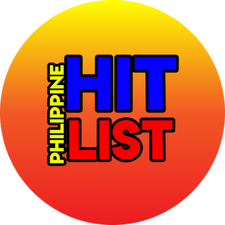 ​For the first episode of the PHL, newbie Hip hop artist ALLMO$T dominates the charts with his viral and trending hit, “Dalaga.” This viral hit, though gained popularity through social media dominates Philippine Radio Charts receiving 74% of its total points this week. This song dominates eight radio charts by achieving the number one spot for the week, the most for a song this week.

Following right behind ALLMO$T is the jam-packed Hip hop collaboration led by PDL and Skusta Clee. “Pauwi Na Ako”, debuts at our PHL at number 2 losing by 0.8% to the number one song. Same as our number one song, this hit is also viral and had several covers in social media platforms. This song is expected to challenge “Dalaga” in the next few weeks as it continues to overtake the former in the streaming category.  Still has its steam in the PHL despite being released in 2018 are This Band’s debut single “Kahit Ayaw Mo Na” at number 3 and juan karlos’ breakout song “Buwan” at number 4.

Kpop acts also participated inside the Top 10 as BTS and Halsey debuts at #5 with “Boy with Luv.” It also debuts in our Streaming Charts at #3. Fellow Kpop act BLACKPINK on the other hand debuts at #7. These songs recently have broken records in the online streaming site Youtube as the most streamed music video in 24 hours. The song in between them? Yes, it is another Youtube record-slasher by the name of Taylor Swift. Its debut single from her 7th studio album starts at number 6 this week and expected to rise even higher being one of the contenders for the top spot in the next few weeks.

Rounding off the Top 10 are two 2018 hits from I Belong to the Zoo and December Avenue. “Sana” released last year is at number 8 and December Avenue’s collaboration with Moira Dela Torre “Kung ‘Di Rin Lang Ikaw” kicks off at number 9. Meanwhile, Jonas Brothers’ comeback single “Sucker” completes the Top 10. Their follow-up single “Cool” is recently at #28 and will continue to rise in the next few weeks.

​​​​The Top 30 songs are uploaded in our Youtube Channel while the Full Hot 100 will be updated Thursday. Also, check out our other charts to be updated every Tuesdays and Wednesdays.

All Systems Go! Last Chance to Catch WESTLIFE ‘The Twenty Tour’ on July 29 and 30!

The biggest music chart in the Philippines! Do we need to say more?